Did you know? 1776, the iconic movie and the birth of the American Dream.

When we talk about the American Dream, there is a dialogue exchange between Dr. Benjamin Franklin and John Dickinson, from the iconic movie 1776, that describes the birth of the American Dream.
Hi, I'm Robroy Wiley, Investor Coach. I help my clients recognize those behaviors, mainly money demons, that can derail them from achieving their financial goals and learning to disarm them.
At the root of it all, they want to accomplish and define their American Dream.
The movie 1776 was released in 1972. It focuses on the debate of the 2nd Continental Congress on whether to stay with England or to sign the Declaration of Independence.

The character Dickinson does not want to leave England. But Dr. Benjamin Franklin states the cultural significance of the day:

Here is the dialogue exchange between them:

John Dickinson: Fortunately, the people maintain a higher regard for their mother country.

Dr. Benjamin Franklin: Higher, certainly, than she feels for them. Never was such a valuable possession so stupidly and recklessly managed, than this entire continent by the British crown. Our industry discouraged, our resources pillaged… worst of all our very character stifled. We've spawned a new race here, Mr. Dickinson. Rougher, simpler; more violent, more enterprising; less refined. We're a new nationality. We require a new nation.

A great example of the birth of the American dream and American spirit. As an Investor Coach, I help my clients recognize those behaviors, mainly their money demons, that can derail them from achieving their financial goals, and learning how to disarm them.
To learn more about my investor education and coaching visit smartplaninvesting.com 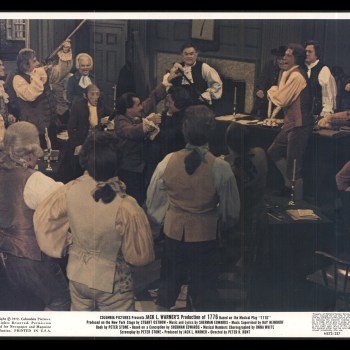 Purpose for Money – Episode 105 Is the American Dr...
Did you know? The cost of independence.